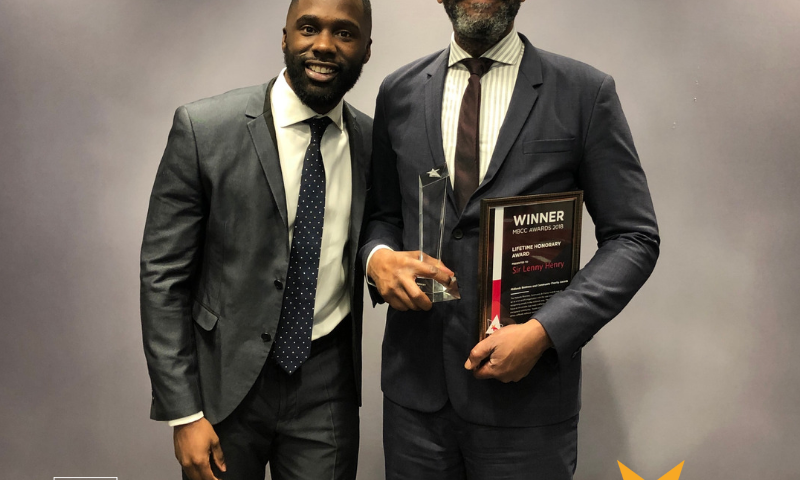 The comedian, actor and co-founder of Comic Relief said in a VT acceptance speech…

“The Midlands is and always will be a special place to me. I won’t be here without this place. The thing that warms my heart the most about this region is its people. Warm hearted, full of life and always happy to help. There’s nothing quite like a ‘Midlander’.“

Talking about the awards he went on to say,

“I am truly humbled by this award. I have seen the list of the inspirational nominees, people, charities and organisations who have done some great things across the region. You are an inspiration to us all and represent the very best qualities of what it means to be from the Midlands.

As an actor we are judge by performances where we are portraying someone else but to receive this award as myself is truly magical and I cannot thank the MBCC enough for this fantastic accolade.”

The MBCC Awards, now in its third year had over 500 people attend Aston Villa to recognise some of the regions most courageous people and unsung heroes in both the business and community sectors.

The event welcomed two new headline sponsors the Police Crime Commissioner and Bootcamp Media both of whom were category sponsors to the prestigious honorary awards to Sir Lenny Henry CBE and singer Alexandra Burke respectively.

Hosted by radio host Dan Kelly and award winning TV presenter Leah Charles-King, the night was kicked off by a red carpet drinks reception with interviews conducted by Justice Williams MBE and filmed by Birmingham TV.

The UK’s number one motivational business speaker Brad Burton gave a keynote and the amazingly talented Aston Performing Arts Academy surprised guests with a flash mob and ended the evening with an electrifying, upbeat set which had everyone on their feet. The awards presentation also didn’t disappoint as we heard stories from some of the regions most inspirational individuals and organisations that go out of their way to selflessly help others.

A full list of the award winners are listed below:

Volunteer of the Year

Charity of the Year

Role Model of the Year

Highly Commended: Contribution to the Community

Community Unsung HEro of the Year

Community Unsung SHEro of the Year

Most Inspirational Person of the Year

Networker of the Year

Most Influential Business Person of the Year

Outstanding Business of the Year

The official pictures from the event can be found here from Rian Hawthorne and Jesse Gerald .

The MBCC Awards was organised by The Alternative Events Company.